AngloGold Ashanti has recently appointed Alberto Calderon, a former executive at BHP Group, as the mining company's new CEO. This move ended an 11-month period during which there hasn't been a permanent AngloGold CEO.

Calderon has been chosen after a long period of headhunting and is set to join the company starting on Sept. 1. In the past, the economist has worked for BHP Group, however, the CEO position that he targeted went to Andrew Mackenzie. He is now set to be the first permanent chief executive officer of the Johannesburg-based miner after the resignation of Kelvin Dushnisky, in September.

Calderon will be expected to find ways to stabilize the company's underperforming stocks and resume mining operations that have been halted during the past year. The future executive stated, "It's not the immediate priority for me but it's something that in due time the board and myself will consider again and give our views to the market."

The current interim CEO of AngloGold Ashanti is Christine Ramon. Once Calderon replaces her, she will return to her previous position as chief financial officer. 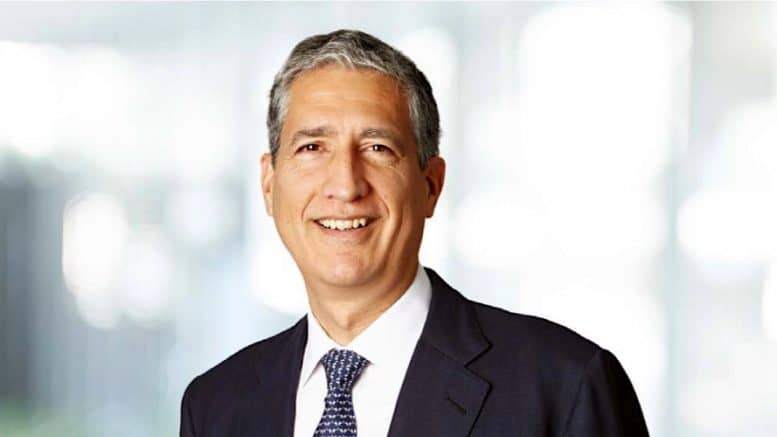 Business and Leadership Experience of the New AngloGold CEO

Calderon has been chosen as a result of his experience and many leadership positions that he has occupied in previous years. While employed by the explosive manufacturer Orica, the company went through difficult times due to an increase in the price of natural gas. In addition to this, the manufacturing capabilities and the profits of the company were reduced as a result of the Covid-19 pandemic. These factors have led to Orica's shares dropping in value by more than a third.

These experiences have shown that Calderon will be able to handle any type of difficult financial decision that he may face while working for the gold mining company. Maria Ramos, AngloGold Chairman, stated, "We have the right person to lead this company forward and realize its outstanding potential, drawing on his huge leadership experience in the resources sector across a variety of geographies."

However, it is important to also keep in mind that the future AngloGold CEO's background is in industrial metals, coal, and oil, not gold extraction.