The Freedom of Information Act has led to the release of information involving 4.6 million foreign gold coins that have been stashed away in West Point, New York. The vaults contain foreign coins, including some that are are no longer in circulation, such as German marks, British sovereigns and French francs.

Coins found in the vaults were at one time meant to be melted down into gold bars, but instead, the government chose to store the coins in bags rather than destroy them.

Back in 1944, a U.S. naval vessel intercepted a shipment of gold coins bound for a bank in Poland. The US government paid the bank with 351 gold bars and kept the coins in what is known as the "Special Gold Custody Account," which is controlled by the Treasury. The coins ended up in the vault in New York.

Other coins were purchased from other countries, including Greenland and Argentina, with receipts dating back to the 1940s.

The Mint facility at West Point contains thousands of gold bars, many of which are a United States asset and will remain in the vaults. Other gold bars are meant to be resold and turned into gold coins. Gold bars at the mint have 99.99% fine quality and weigh 27.5 pounds each.

Billions of dollars' worth of bars remain in the mint's vaults. 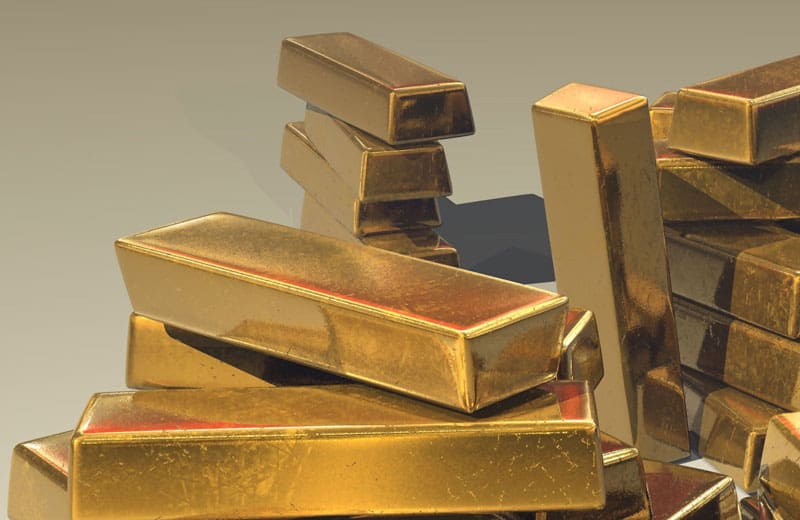 gold coins should have been melted into bars.

Bullion storage was the main purpose of the West Point Mint, which was built as a depository in 1937. Coin and medal production began at the mint in the 1970s, but many of the coins were made without mintmarks at the time because the mint was not an official mint until March 31, 1988.

The vaults contain the second largest cache of gold in the United States, only behind Fort Knox.

Silver bars were the initial purpose of the West Point Mint, which was once nicknamed the "Fort Knox of Silver." The mint still maintains an inventory of thousands of silver bars.

This story first appeared at https://newsblaze.com/business/finance/4-6m-foreign-gold-coins-stashed-away-west-point-new-york_135893/