Gold Prices Hold at a 2-Week High Amid Geopolitical Concerns

More traders are investing in gold after reports that North Korea is preparing a long-range missile test. Some are concerned that North Korea may celebrate the founding of its ruling party with a provocation of some kind.

Tensions between the U.S. and Turkey also bolstered gold, after visa services were suspended between the two countries. Iran has also threatened to give a "crushing" response if the U.S. declares the Revolutionary Guards a terrorist group.

Over in Spain, Catalan leader Carles Puigdemont faces jail time if he goes through with the planned declaration of independence. Tensions eased after Puigdemont announced that he wanted to delay any formal declaration.

"Today, we are making a gesture of responsibility in favor of dialogue," he said in a speech to Spanish parliament members.

Puigdemont said he is calling for a delay in hopes of working toward putting the referendum results into practice.

The dollar index was down 0.4% to 93.18 on Tuesday. Gold is typically stronger when the greenback is weaker. The dollar takes a hit during times of geopolitical tensions, as investors flock to safe-haven assets, like gold futures, gold IRA, and physical gold.

The greenback was also softer as investors continue to digest Friday's jobs report, which supports expectations of a rate hike in December.

Tuesday's gains marked a turnaround for the yellow metal, which fell to a one-month low on Monday.

Gold prices were also higher in Asia on Tuesday, as demand for physical gold increased in India ahead of the festival season.

Meanwhile, Australian legislators blocked a proposal on Tuesday that would raise hundreds of millions of dollars in taxes on gold mining. The gold mining industry warned the government that the proposal would have led to significant job losses.

Western Australia's Labor government aimed to raise the royalty rates on gold sales from 2.5% to 3.75%. The move would have generated A$392 million in additional taxes over four years and help narrow the budget deficit.

The bill was killed after the Liberal Party blocked the measure in the upper house.

The gold mining industry lobbied heavily against the measure. An analysis from the Chamber of Minerals and Energy indicated that the move would have threatened up to 3,000 jobs.

Those in favor of the measure argued that gold mining is a highly profitable business. While gold is trading at a high price, the mining frenzy in Australia has all but fizzled out. With a weaker growth in China, the gold industry is seeing more layoffs and a significant decline in state revenue.

Copper for December delivery was up 0.3% to $3.03 in mid-afternoon trading.

Gold's gains are expected to be limited, as markets turn their focus to the increased expectation of a rate hike in December, which should support a stronger dollar.

What happened in Turkey may have been about politics.

Turkey arrested a Turkish national working in the U.S. Embassy. "Trying a Turkish citizen for a crime committed in Turkey is our right," Turkish Justice Minister Abdulhamit Gul said.

The US condemned the charges against its Turkish employee as baseless, and said it would halt all non-immigrant visa services in Turkey while it "reassessed Turkey's commitment to the security of its missions and staff."

Playing a game of tit-for-tat, Turkey announced it would take the same visa services measures against U.S. citizens.

The result of these consular moves made Turkish markets tank, and the Turkish lira fell 2.4 percent and the main share index dropped around 4.7 percent.

This geopolitical instability can only help gold prices to rise further. 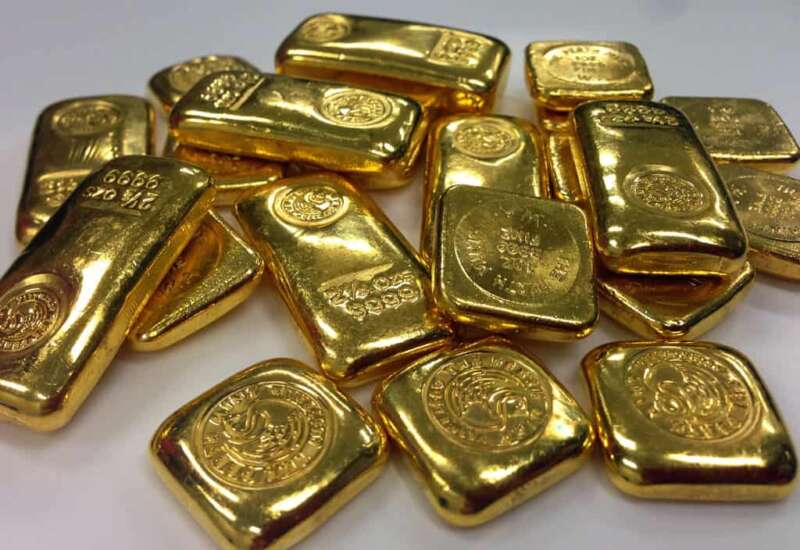