Here's something investors can count on: Gold and other commodities will come on strong.

Gold and silver are already a few percentage points higher in 2018, as overvalued equity markets have faced growing volatility. Investors are hedging their portfolios with the classic safe havens of precious metals, a boon for gold and silver miners. Junior miners are especially poised for outsized gains, because they afford greater room for growth than their larger peers.

The trick is to find small miners with untapped mine production potential.

Assay results and characteristics of mineralization in this new zone in Copper King indicate the presence of a previously undiscovered (and quite significant) mineralization.

"This is an exciting turn of events for the Copper King project. Copper King has had a long history of several exploration programs conducted by numerous companies. This zone of mineralization ... apparently escaped all previous detection and, just as importantly, the bulk of this particular chargeability anomaly has not been drill-tested. We look forward to the prospect of building a greater metal endowment on the Copper King property. A follow-up drill program is currently being planned."

U.S. Gold Corp. CEO Edward Karr says with this new discovery, U.S. Gold Corp.'s current net present value could shoot past the $178.5 million that it was a couple weeks ago. He also asserts that the 2017 appraisal of the Copper King project is now "conservative based upon the current metal prices in the market." He also thinks the value of the deposit is being estimated on the conservative side.

The newly discovered mineralized zone in Copper King includes gold, copper, silver, and zinc. The discovery, says Karr, includes "really nice grades from top to bottom" with "very consistent mineralization." CEO Karr says the company's Copper King project could be worth as much as $250 million. 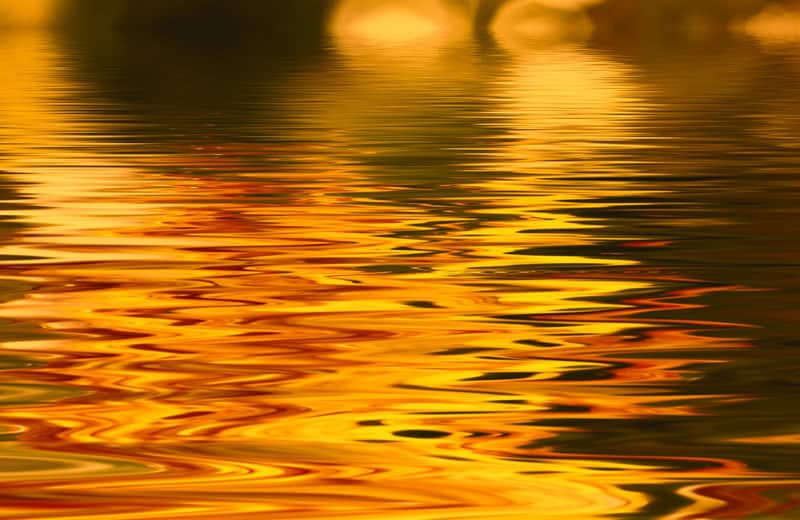 After a long period of dormancy, global inflation shows signs of stirring. The Federal Reserve noted in December that U.S. inflation currently hovers at its target of about 2%, as measured by the annual change in the price index for personal consumption expenditures, or PCE. But inflation overseas could prove worse than in America.

Global expansion proceeds apace. For the first time since 2010, global growth is "synchronized." Generally speaking, every region is growing.

The December euro zone final manufacturing Purchasing Managers' Index (PMI) came in at 60.6, the highest since the survey began in June 1997. Any figure above 50 represents growth.

Germany and France, the euro zone's two largest economies, hit their highest manufacturing PMI numbers on record for 17 years. In China, manufacturing growth unexpectedly picked up to a four-month high in December. New orders in the Middle Kingdom are soaring. The country's Produce Price Index (PPI) is picking up, too.

There's an historical link between movements in China's PPI and the Consumer Price Indices (CPIs) in the euro zone, the U.S. and the U.K. Inflation also will likely flare up in emerging countries due to rising commodity and food prices and wage pressure.

The huge economic stimulus program China launched immediately after the Global Financial Crisis helped reflate the global economy. This aggressive program pulled China out of deflation into inflation from late 2008 onwards. This trend in turn fueled price rises in the West. The bill for this stimulus is coming due.

However, investors have grown so complacent about inflation, they're ignoring the recent indications that it once again poses a danger to their wealth.

The Federal Reserve's tightening looms large. This bull is long in the tooth. When interest rates rise back to normal levels, share prices could revert to previous norms.

Rising wages could fuel inflation. The government recently reported that the Consumer Price Index rose 2.1% over the last 12 months (not seasonally adjusted). But "hot spots," such as major urban areas on the coasts, report inflation of up to 3%. Competition grows for talented workers, especially in tech hubs such as San Francisco.

The Federal Reserve met this month. Investors expect the Fed to raise the alarm over inflation and hike rates.

Classic inflation hedges are gold and silver. They're also protection against geopolitical risk. The U.S. and nuclear-armed North Korea remain at loggerheads. Russia is increasingly expansionistic. China is vying to become the world's dominant super power. The Trump administration's foreign policy is hawkish. These threats are tailwinds for precious metals.

China's actions are a key tailwind for gold this year.

Going into 2018, China is in a good place. It's poised for strong growth, which is a big reason for being bullish on commodities. It's also increasingly willing to admit to the world just how strong it is - to take the wraps off both its strength and its plans. This leaves it ready to push openly for long-planned goals, including a new monetary reserve currency. That currency will propel gold far higher, giving gold a big additional boost on top of the gains gold always gets when commodities in general rise.

The Power of Leverage

U.S. Gold Corp. is a small-cap miner and as such, it entails risks. The stock isn't for conservative investors. But traders frustrated with excessive valuations amid large-cap stocks, small and promising plays such as USAU stand out. That's especially true in the wake of its latest Copper King discovery.

Small miners make more sense than investing in the precious metals themselves. It all has to do with leverage. When it comes to the power of leverage, the ancient Greek mathematician Archimedes put it best: "Give me a lever long enough and a fulcrum on which to place it, and I shall move the world."

When a company such as U.S. Gold Corp judiciously uses leverage, more of its top line revenue growth flows through to its bottom line earnings number. And when one breaks down stock investing to its essence, a stock's value is solely dependent on the present value of the future earnings that will be generated by the company.

A good way to illustrate the concept is to examine the difference between owning gold and owning a gold mining stock:

An investor who buys gold outright owns an asset that will fluctuate in value. An investor who buys an ounce of gold at $1,000 and the price goes up to $1,100, they have just captured a +10% return. Not too bad. Chances are good the price of this type of asset won't fall all the way to zero, so the limited upside they were exposed to is balanced out by the limited downside risk. Unleveraged positions are inherently conservative.

Yet if an investor owned gold stocks and the price of gold goes up, the notion of "operating leverage" comes into effect. A bump in gold prices will likely exert an exponentially huge boost on a gold producer's top line revenue. And because the producer doesn't have to put a whole lot of additional labor or capital into digging out increasingly valuable gold, its earnings per share (EPS) should go up and take the stock's share price with it.

Gold prices have now steadied at around $1,334 an ounce, but some analysts have been calling for gold to spike to at least $1,500/oz this year. Silver hovers at $6.58/oz; silver bulls expect it to hit at least $40/oz.

Gold mining stocks already represent a way to leverage the price of gold, but U.S. Gold Corp. is taking this tactic a step further, by "doubling down" on higher production at continually declining costs, to set the stage for an expected leap in gold prices.

The residual inflationary effects of seven years of near-zero rates in the U.S., combined with aggressive monetary easing in Europe and Asia, position gold for a rally in coming months. And of course, the continual threat of terrorism and social dislocation provide plenty of fodder for this classic hedge against international crisis.

In the gold and silver game, the spoils go to the low-cost producers with the greatest ability to leverage the rise of these precious metals. With its latest discovery in Copper King, U.S. Gold Corp. appears to fit the bill.